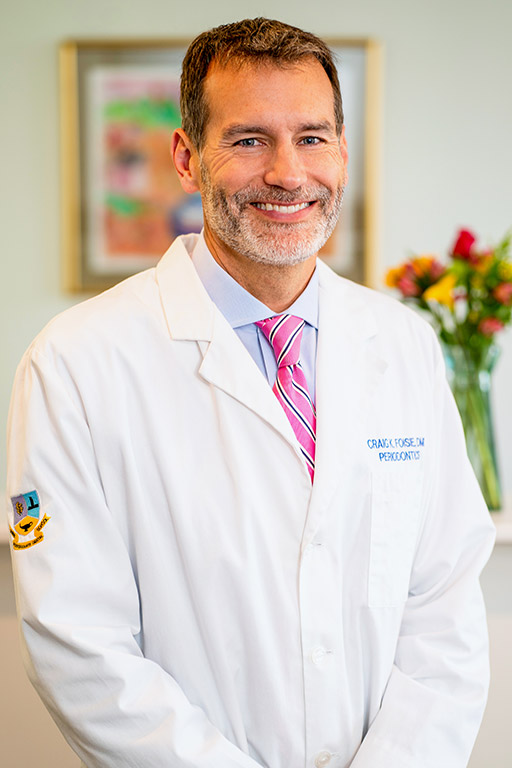 Dr. Foisie is a native of Canton, CT and attended the Loomis Chaffee School in Windsor, CT followed by Brown University, where he obtained a bachelor of science in biology. He then pursued his dental studies at Boston University Goldman School of Dental Medicine. During a subsequent 10-year career in the Navy, he received a certificate in Advanced Education in General Dentistry from the Naval Dental Center Mid-Atlantic in Norfolk, VA, then spent three years as a general dentist at the US Naval Hospital in Yokosuka, Japan. He returned to the United States for residency training in periodontics at the National Naval Medical Center in Bethesda, MD and completed a master’s degree in oral biology from George Washington University. During his residency, Dr. Foisie also received advanced training in general anesthesia and intravenous conscious sedation. After his residency, Dr. Foisie served as the Department Head of Periodontics at the Naval Branch Health Clinic in Groton, CT for three years before joining River Valley Periodontics and Implant Dentistry.

He is a diplomate of the American Board of Periodontology and a diplomate and fellow of the International Congress of Oral Implantologists.

An active member of the local dental community, Dr. Foisie has served as president of the Connecticut Society of Periodontists as well as the New London County Dental Society and is a delegate of the Connecticut State Dental Association. He is also a member of the American Academy of Periodontology, American Dental Association, Academy of Osseointegration, Shoreline Dental Society and is a director of the local branch of the Seattle Study Club (the River Valley Study Club). He volunteers providing dental care to underserved populations via the Dental Lifeline Network as well. 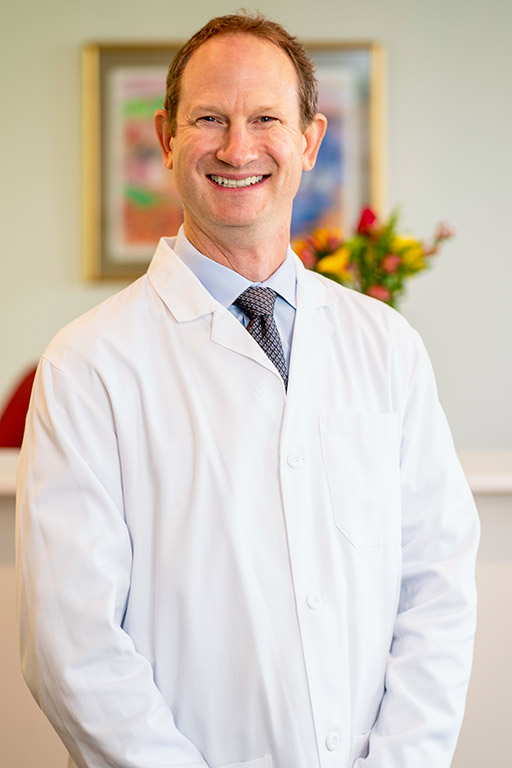 Dr. Cantner grew up in the Connecticut shoreline community. He earned his dental degree from the University of Pennsylvania, where he also did his three-year specialty training. He received the Director’s Award for the top resident at the university and the highest achievement award from the Northeast Society of Periodontists. Dr. Cantner has been extensively trained in all aspects of periodontal and dental implant therapy and also taught at the University of Connecticut School of Dental Medicine, Division of Periodontology.

Dr. Cantner is a diplomate of the American Academy of Periodontists and a member of the American Dental Association, Academy of Osseointegration, Connecticut State Dental Association, Shoreline Dental Society and New London County Dental Society. He is also director of the River Valley Study Club and volunteers for the Mission of Mercy program, which provides comprehensive dentistry to the underprivileged in Connecticut. 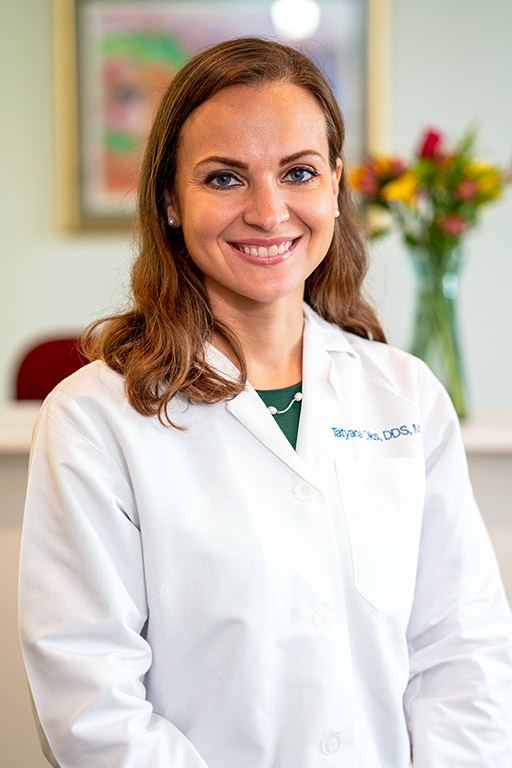 After attaining her Doctor of Dental Surgery degree from the Columbia University College of Dental Medicine, Dr. Oks continued her post-doctoral training in periodontics and implant surgery there and received a Master of Science in periodontics. Since completing her studies, she has worked in private practice and has also served on Dean’s Faculty at the University of Maryland School of Dentistry, where she taught clinical periodontics.

Dr. Oks consistently attends continuing education courses, lectures and seminars to keep up-to-date on the latest techniques and innovations in her field to provide the best care for her patients. She is a diplomate of the American Board of Periodontology and a member of the American Academy of Periodontology, American Dental Association, Connecticut State Dental Association, Shoreline Dental Society, Seattle Study Club and River Valley Study Club. 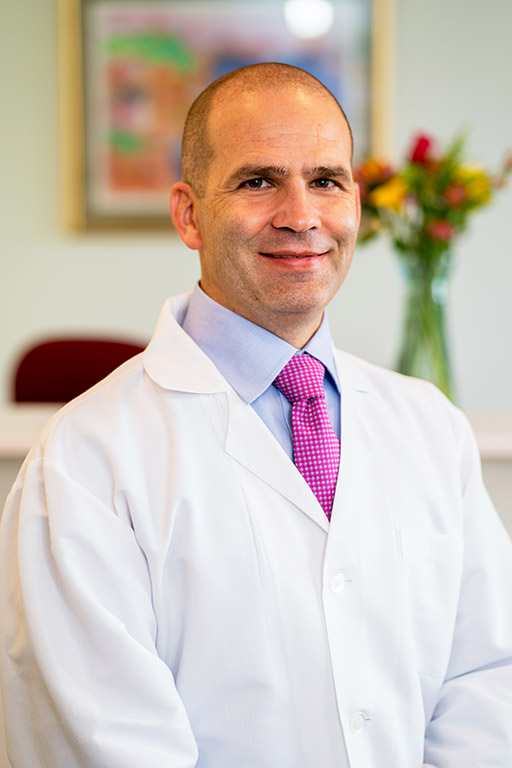 Dr. Miller recently joined River Valley Periodontics & Implant Dentistry after a distinguished career in the United States Navy. He obtained his BS in Medical Laboratory Science from the University of Washington, where he also attended dental school. After receiving a Navy scholarship, he completed an Advanced Education in General Dentistry and became a staff dentist aboard the USS Juneau in Sasebo, Japan before serving as a general dentist in Hawaii for three years. Dr. Miller then attended the Naval Postgraduate Dental School for his residency in periodontics, along with Dr. Foisie. He served as Department Head of Periodontics in Parris Island, SC and Director of the Graduate Periodontics Residency Program at the Naval Postgraduate Dental School. He later became an authority on and instructor for Millennium Dental, training numerous Navy periodontists in the Laser-Assisted New Attachment Procedure (LANAP®) technique.